Yogyakarta, or be called as ‘Jogja’ in short, is a beautiful city which has so many things to offer. From its beautiful nature (from mountains to beaches) to various cultural spots and activities which makes this city very attractive. One blog post definitely would never be enough to cover all the unique and beautiful stuffs this city can offer. What’s with the title of this post? Yes, during my last short visit to Jogja (only one night and a day) I would like to cover some of the Instagramable spot in this city. Hey Millennials, interested much? 🙂

I’ve been visiting Jogja for sooo many times since I was a kid. I could say, this is our family’s most favorite destination for holiday. It’s a province called as Special Region of Yogyakarta in Java which is ruled by the monarch (the King is called as ‘Sultan’ in Bahasa) instead of a governor like the other provinces in Indonesia. It’s also renowned as the ‘Education City’ or ‘Kota Pelajar’ which has a very strong classical Javanese culture, from the music, dance, foods, and other art performance, like the infamous Javanese traditional puppet shows called as ‘Wayang.’ Located in the southern part of Java Island, Jogja has a beautiful nature from the mountains to the beach. It also has many historical places from the old monarch to the history of Indonesia.

Again, I won’t be covering those in details as mentioned above, because one blog post just won’t be enough. Besides, this post was intended to journal my last super-short visit to this classic city after my Dieng trip which you can see in the previous post. If Singapore has its own Haji Lane as the most Instagramable place that the millennials love, Jogja also has some of its own pretty spots which will make your Instagram feeds worthy.

Where are those places?

We arrived back to Jogja after our Dieng trip at around 5 PM. We only have a few more hours in the evening to stroll around the city before resting at our lovely hotels (keep going, I will be covering this hotel too!). So, after checking-in to our hotel, we went straight to the town center of Jogja or called as ‘Alun-Alun Yogyakarta.’ Unlike the other city, Jogja has a huge town-center area divided into North and South part of the town-center. This place is also surrounded by some of the key historical icons in Jogja, such as the Sultan Palace, Malioboro, and Tugu Jogja.

Just like the magic of this city, everything inside it was believed to have certain values and contains certain myths and cultural meanings for the locals. Alun-Alun Yogyakarta was also believed to have its own functions for both of the North and South part. Every corner of this city has a meaning and there are also many interesting rituals took place in this place.

Why is it Instagram-worthy? Hell yeah, Alun-Alun Selatan (South Town-Center) has always been very crowded at night because it has many things to offers. From the car/carts with sparkling lights called as ‘Odong-Odong’ to its infamous giant banyan trees at the center of the park which was believed to contain certain magic power and myths for people who visit it. It just makes everything so perfect to be captured in your camera lens at night! 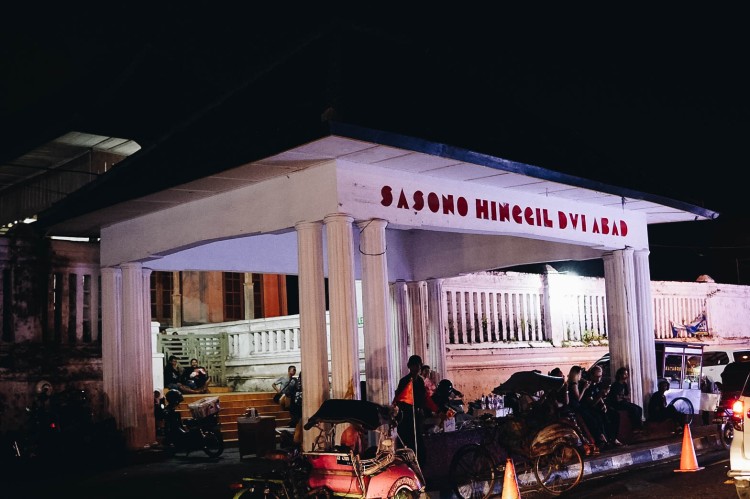 I’m sure you’ve heard about it. If New York has its own Times Square, Jogja has Malioboro! (What a comparison, lol.) Seriously, everyone will go and visit this street whenever they are in Jogja. Located just a few kilometers from the town-center, we took a traditional rickshaw and went to Malioboro. The street has so many traditional stores, shopping malls, to traditional food stalls called as ‘Angrkingan.’ These ‘angkringan’ are usually opened in front of a store where people can just sit at the floors to enjoy some traditional foods and snacks at night. I know, it’s not for everyone though because some of my friends was in culture-shock when they tried ‘angkringan’ for the first time. However, I’ve always been missing this atmosphere and making me want to go back again!

I’m sure Jogja has many other pretty dessert spots, but this is one of the most famous one! It’s located just in the center of Jogja’s famous bar-district street: Jalan Prawirotaman which makes it very strategic to be reached. You can grab one or two scoops of gelato and sorbets, then continued with beers just in the next doors. The place is not so big and it was always crowded. You’ll be lucky if you can get a seat there in the weekend without having to queue. The taste of the gelato is also quite good with such an affordable price compared to the gelato shops at Jakarta. How can I not love Jogja when everything was just super cheap and affordable? 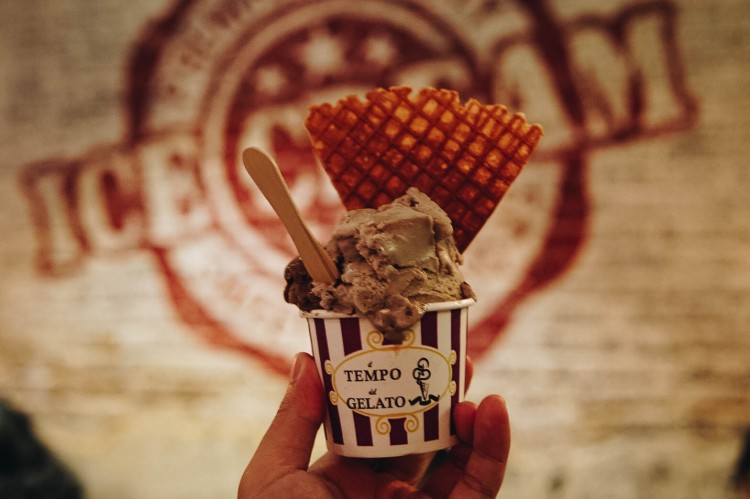 I’ve found this pretty hotels, of course, from Instagram when some of the famous bloggers featured it in their Instagram posts. It came first in my mind when we decided to stay a night in Jogja. Surprisingly, despite of all of the good reviews here and there, the price of the hotel itself is supeeeer affordable! (Again, one more reason to love Jogja.) I suggested this hotel right away to my friends and they agreed without a second thought.

Yats Colony is a new hotel located in Jalan Patangpuluhan, which is quite strategic as well and not far from the city-center. It has 5 different types of rooms, in which each of the rooms uses environmental friendly materials and unique concepts. There are HA, NA, CA, RA, and KA rooms (stands for Ha-na-ca-ra-ka, or the traditional Javanese letters) which offers different concepts and price-range. We stayed at the HA Room, which I think one of the biggest one which has two floors and located just right in front of the pool. It has the best view, I guess! By the way, this hotel rated 9/10 in Traveloka. 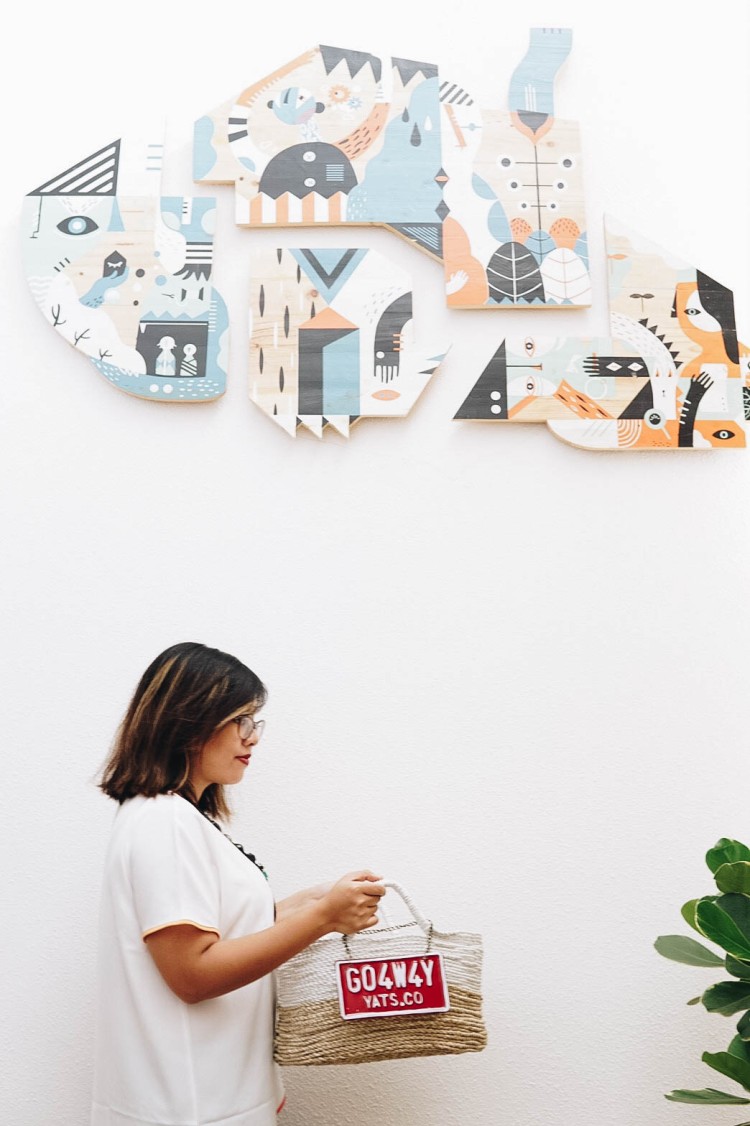 Yats also has a unique dining experience which combines a coffee shop, restaurant, and souvenir shops at once. Nice decoration, good coffee, and unique stuffs offered by this place make it the perfect spot to hang out and hunt for Instagram pics! I will definitely come back for sure! 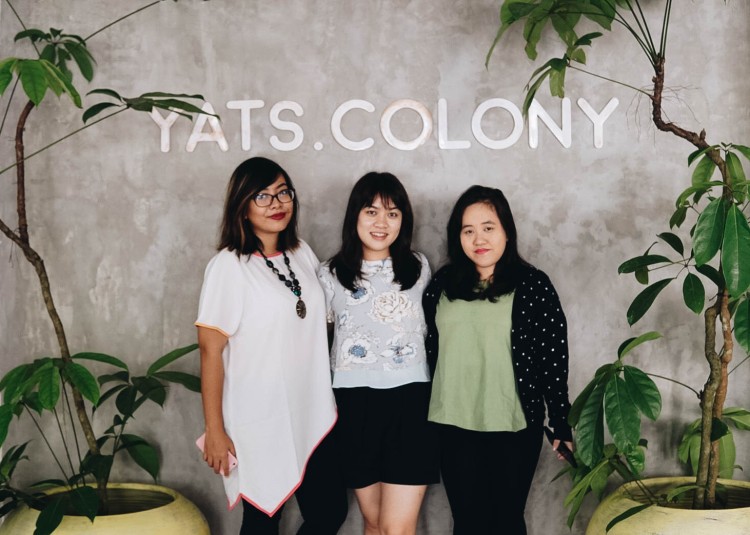 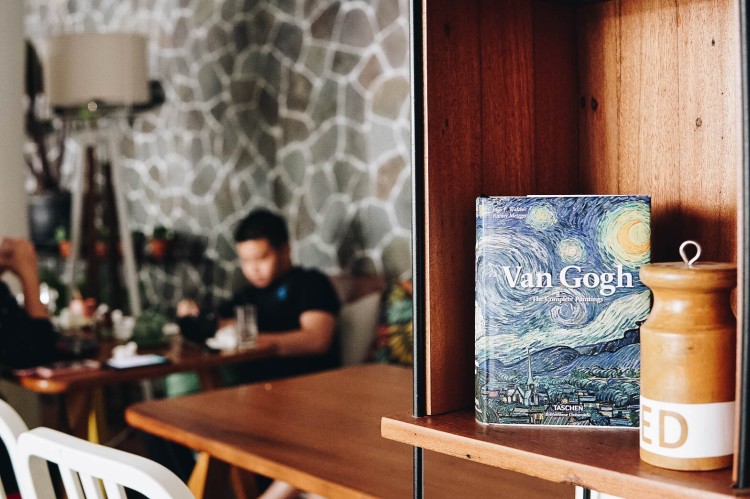 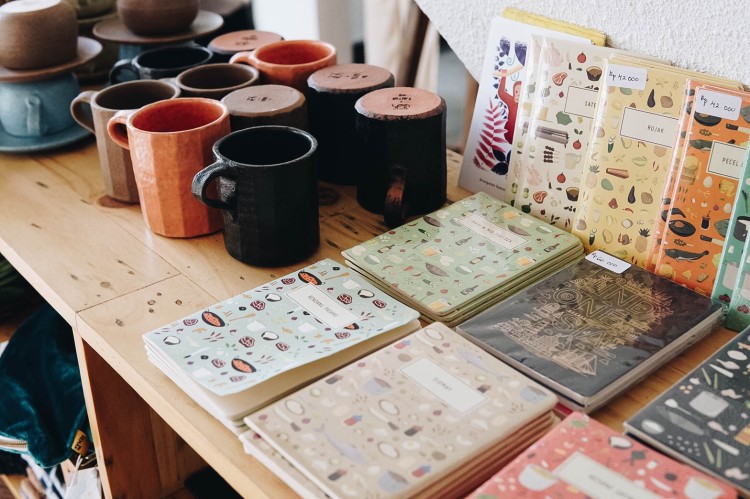 Kraton Ngayogyakarta Hadiningrat, or in short called as Kraton Jogja is the Sultan Palace which is located right at the heart of Jogja. The Sultan (read: The King) still lives in this place, yet we can still come and visit the visitor center of the area which is more like a museum showing many ancient stuffs and art pictures and sculptures as parts of the history. In the entrance gate, there are some of the tour guide which will be able to guide you around the area and tell you everything about this place. Once in a while, you can also see any cultural performance or traditional ceremonies held at certain time. 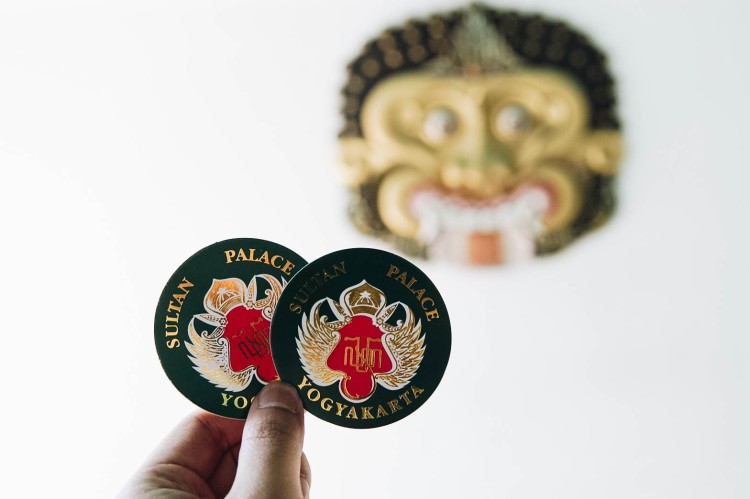 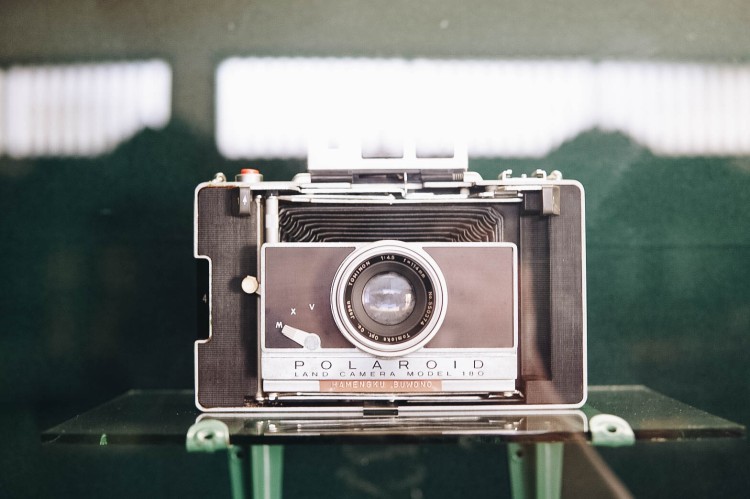 Taman Sari Water Castle is a heritage site which used to be the former royal garden of the Sultan of Yogyakarta. It is located in walking distance from the back side of Kraton Jogja in the Kraton area. Built in the 18th century, Taman Sari has been a part of the history where the former kings usually took time to rest, meditate, and hide. The area consist of several buildings and pavilions, such as the pool area, the residences area (where Mark Zuckerberg visited and established a Cyber Village there), and the underground mosque. You need to take a lot of walk in the 10 hectare area, but it’s all worthy to take a bunch of good pics! 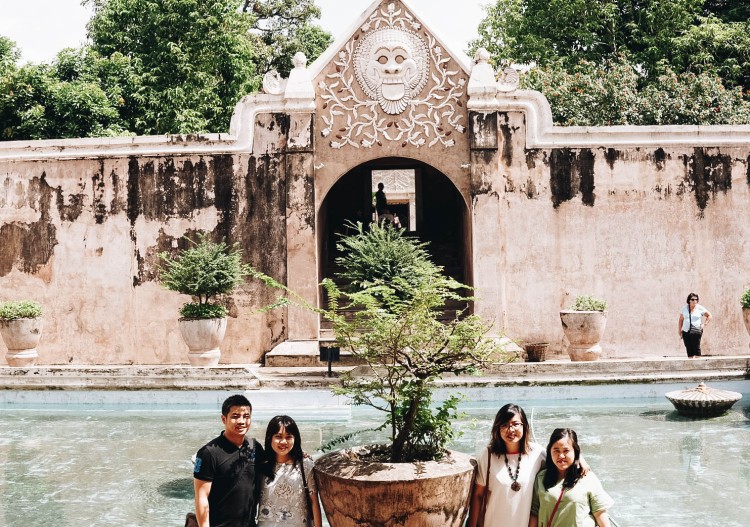 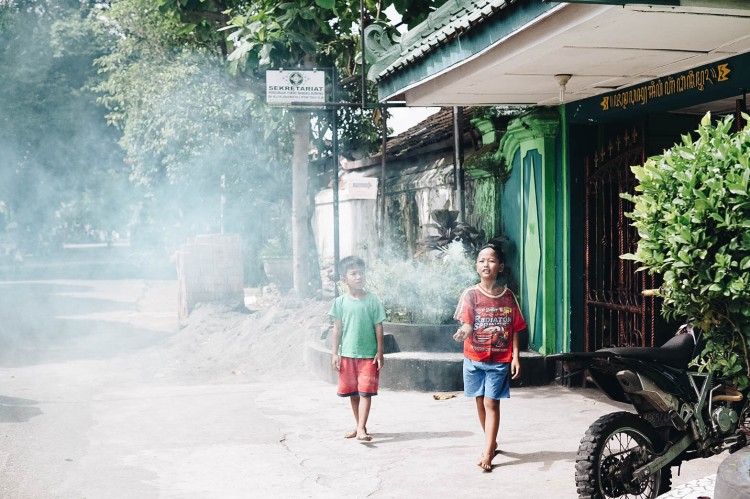 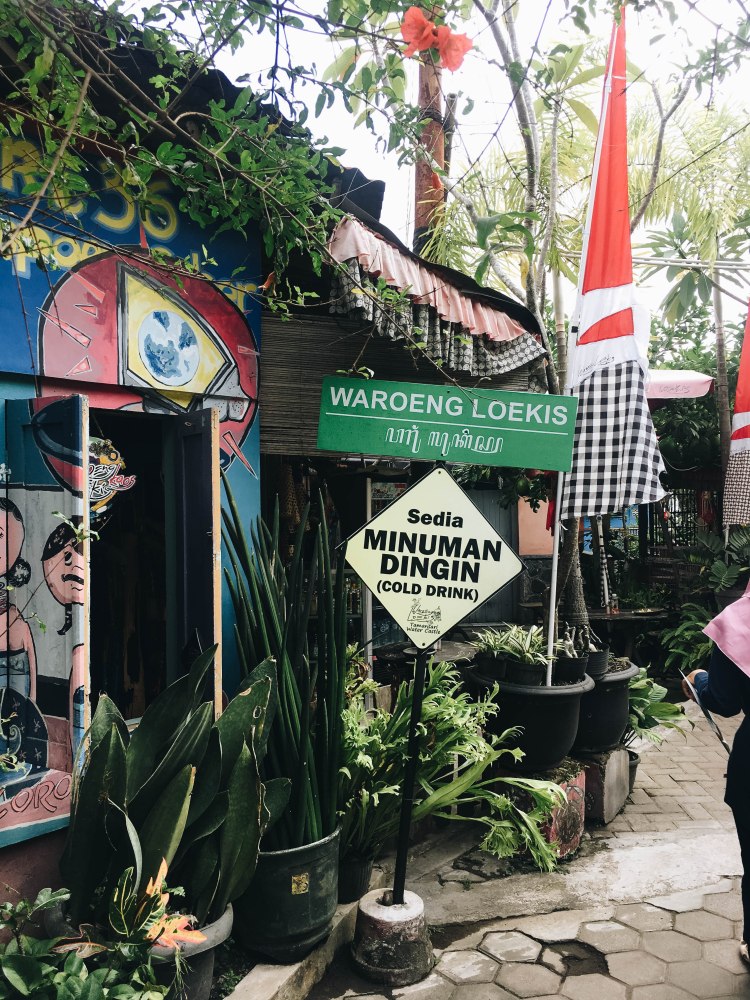 I visited Jogja at around June 2017 where ARTJOG 2017 were still opened for exhibition. With the theme of ‘Changing Perspective’, ARTJOG 2017 took place at Jogja National Museum from 19 May to 19 June 2017. It exhibited many of the art works from various artists and for those who want to visit it, don’t worry, because they will come back for ARTJOG 2018 starting from 4 May 2018. Stay tune to their website or Instagram as you might not want to miss it! 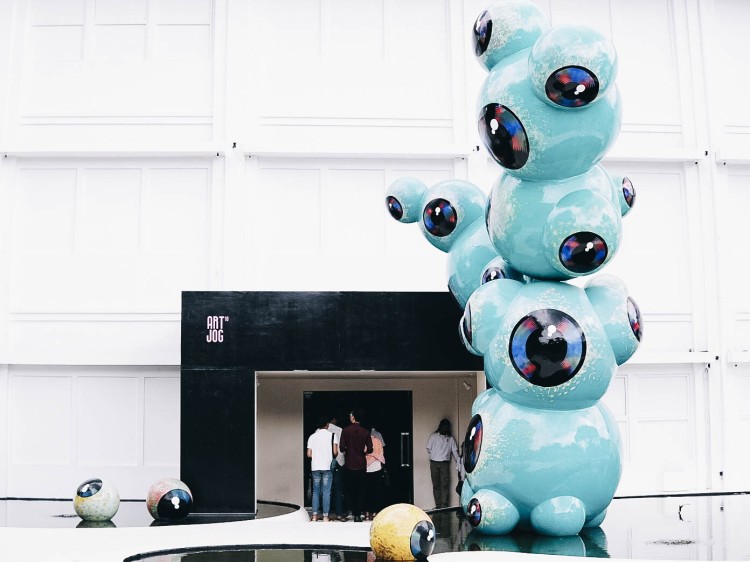 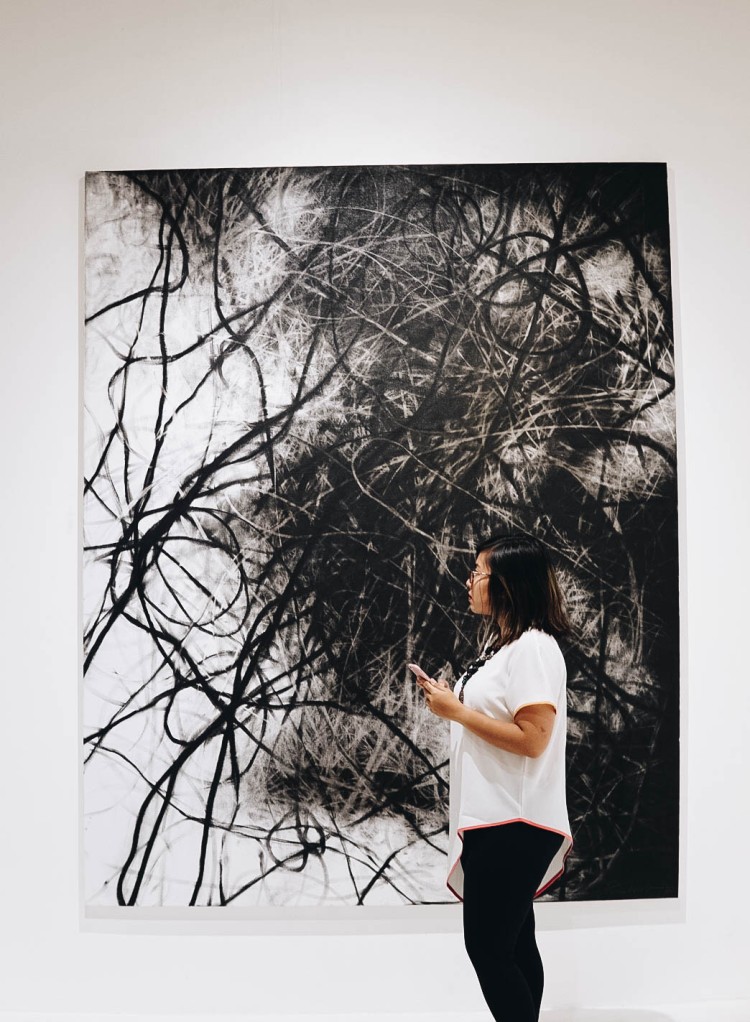 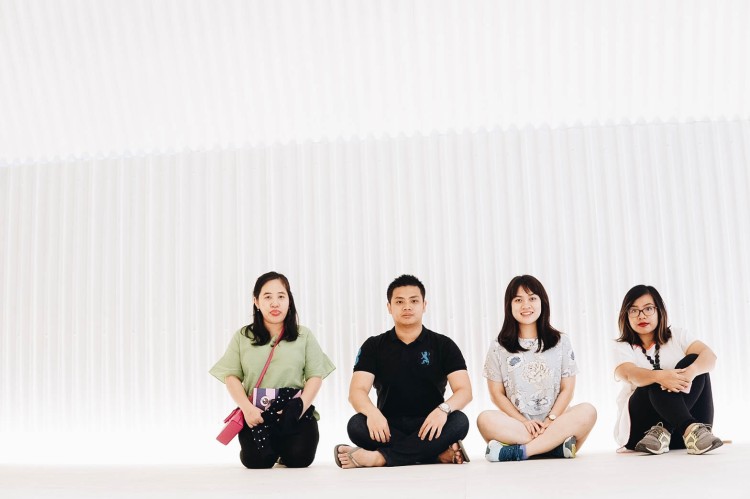 Want to get something different and refresh your Instagram feed? Grab your phone and secure a trip to Jogja asap! 🙂

“Perhaps, then, this was what travelling was, an exploration of the deserts of my mind rather than of those surrounding me?”